skip to main | skip to sidebar

Thought I'd let you in on what's going on with the exodus from Casa de Cuckoo.

Officially the move out was two weeks ago. That's the day when Brian and Shelley brought a washer and a refrigerator from the new house here because both of mine.......gave evidence that they too were going to be leaving Casa de Cuckoo.

They also drove a u-haul and helpers came and everyone loaded tons of things into said vehicles and departed. It was an all day fun fest....uh well maybe not that but the majority of the grands belongings went to live out west of here in the fast growing community of Rio Rancho.

Joe and I were tired and we hadn't really worked all that hard. Good thing everyone else was younger and could survive all the sweat and heat. Did I forget to mention that it was 105 degrees, just in honor of the move and all the effort being expended?

We looked around that day and realized that not all of their stuff had gone out the doors. It has taken loads of stuff in their cars everytime they come by here. Shelley stops on her way home. RyLeigh spent last Tuesday with me helping me weed, etc. GK came by on her way to the mall on afternoon. So yes, they have been here, but I'm not the main attraction. The cats and dogs are.

The 4 cats and 2 dogs have stayed on with us because Brian's girls have dogs. Everyone wants to have most of the boxes and mess cleared up before introducing the new animals to their dogs. Also there will need to be some new procedures to make sure everyone is safe when the humans leave the new house. So for the time being....probably at least another month, the animals are here with us missing their humans and their humans are there wanting to include said animals. Out of all the animals trying to get used to the emptiness of what used to be their places to sleep and hang out with Shelley and the grands, my Niamh is the most put out. She doesn't like to share me with anyone, or anything.....and now she has to share me with all.

Niamh is in a snit, Uma, GK's cat has turned into a recluse, Fatticakes (Shelley's cat) is trying to boss all of us around and Chandler (Ry's huge, sweet cat) is running from all of them. Jameson and Ellie Mae, the dogs are doing real well with the change, until the grands or Shelley come and then it takes them awhile afterwards to calm down. I feel so sorry for the beasties. They really are confused. It will get better and they will be fine.

So we're left with the change over to our office, studio and guest room make overs from 3 bedrooms. It is going to take some planning and man power to redo these rooms. It will also be fun. I'm going to do the guest bedroom in a bohemian style. I have Guatemalan fabric for the bedspread, rag torn curtains and some furniture that I am going to repurpose and paint some pieces much like the middle photo I found on Pinterest. 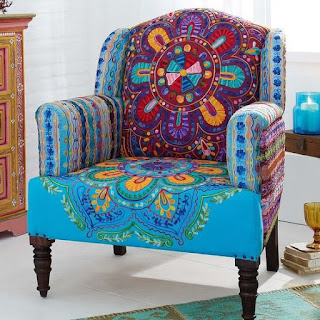 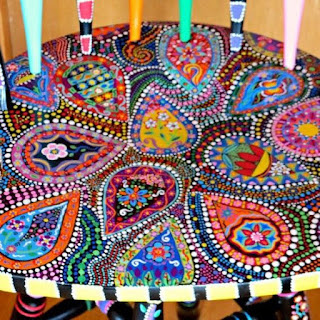 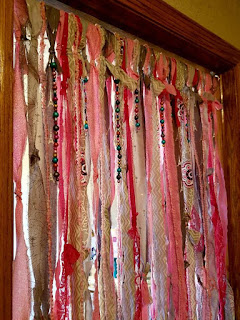 The studio will come back to being where it was when the kids moved in. The middle bedroom will be more of a storage area for my "arting supplies" that have been scattered to the garage as well as many cabinets and corners of rooms for at least 7 of the last nine years, since Ry got his own room then and my studio "floated" until now.

It will be a real treat to be able to go to one location to get paint, beads, paper, fabric, machines, brushes, and my mind. Nah, my mind will always be clutters and scattered. tee hee

So there we have it. About 3 more carloads of things hanging around here that need to be there and we'll start the demolition derby with rugs and paint. Whew.

I love to hear from you. Thanks for taking the time to comment.

Grab my button to come back to visit

Here's where else you can find me 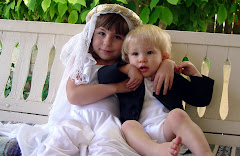 Mad Tea with the Grands 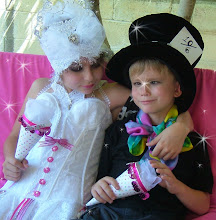 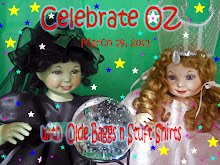 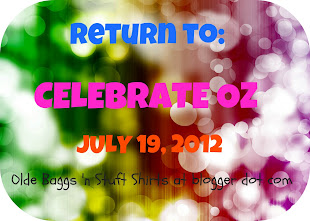 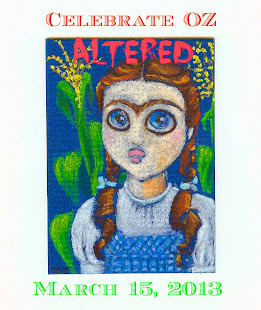 This year's fun with Ms. Magaly 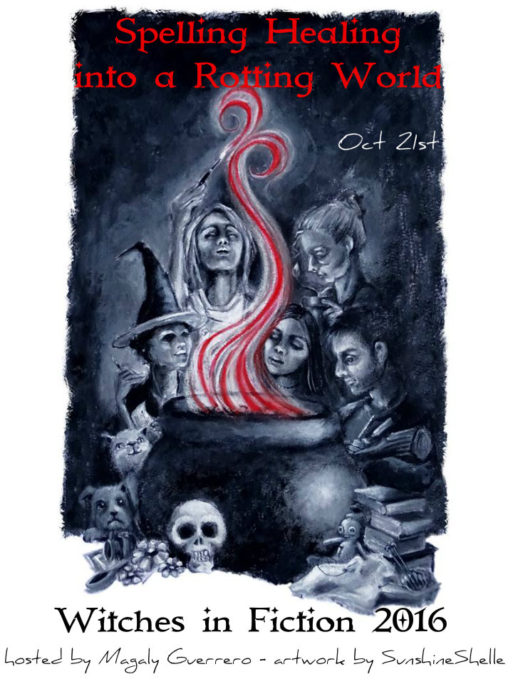